Sean Michael > Contemporary, Gay Romance > A Family of His Own 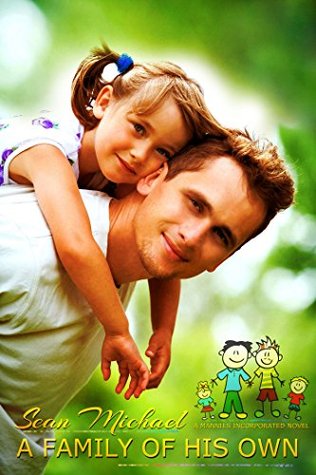 Will’s a widower with three little girls, including six month old twins, to look after. Most days it’s all Will can do just to get home from his advertising job in time for goodnight kisses, but now his mother-in-law is leaving the country with her new boyfriend and Will needs the help of a professional nanny.

Benji loves being a nanny; looking after other people’s kids is the next best thing to having his own, and as a gay man, he figures it’s as close as he’s going to get. He’s between jobs and is thrilled when he gets the call from Mannies Incorporated to interview with Will's family.

He falls in love with the girls right away, but also finds himself attracted to their father. Benji knows he shouldn’t moon over his boss, especially when Will desperately really needs his services as a nanny, but he can’t help but wonder what it would be like to have a family of his own.