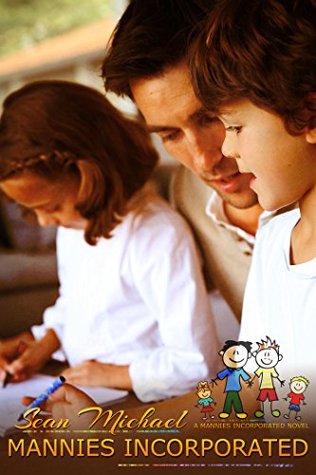 Slayde's got the best job on earth: he's a nanny to Army nurse and widow Mindy's three kids. He's been with the family since the oldest was born and is Uncle Slayde to all three children. When Mindy's deployed, things aren't easy, but he manages just fine. At least he does until Mindy's big brother Drake shows up unexpectedly, announcing he's there to help while Mindy is gone.

Drake is almost a stranger to the kids, hot as hell, especially in his motorcycling leathers, and straighter than straight. On top of that, Drake's not used to dealing with kids, or with things like gluten free, recycling and not eating fast food and soon has Slayde's tight routine in shambles.

Slayde thinks Drake is far more of a hindrance than a help, at least at the start, but he tries to get along for Mindy's sake and eventually, having Drake around is easier than not. But what's he supposed to do when the straight, sexy leather wearing ex-cop makes a pass at him one night? Maybe there's more to Drake than Slayde assumed.