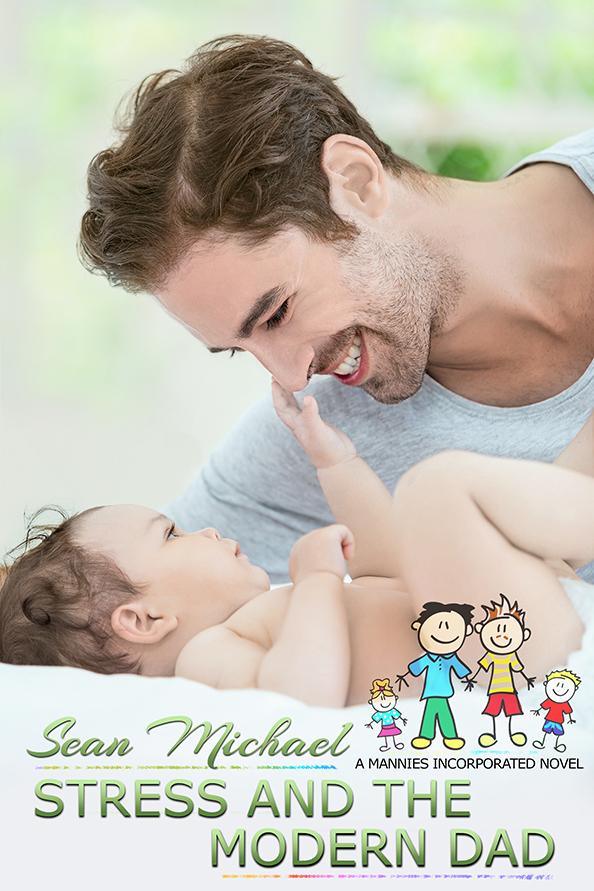 Part of the Mannies Incorporated series:

Can a new dad and a community center program director find common ground and fall in love?

Bry Michaelsson’s sister died from cancer right after giving birth to her second girl, leaving Bry as a brand-new father of two. He’s dealing with his grief and his new daughters as best as he can, though most days that best is just keeping his head above water. One of the bright spots in his days is the hour he can bring almost-three-year-old Hannah to the community center’s toddler hour where she can run around, spend time with other kids and make all sorts of crafts.

Cor Dawson loves his job as the program director for his local community center. It’s the perfect job for his degree and has plenty of potential for him to move up the ladder. Then Cor meets Bry and his daughters and everything changes. Drawn immediately to the man and his family, Cor offers to help Bry out with putting together new children’s furniture. One thing leads to another and the two are soon spending most evenings together, playing with the kids, and sharing meals, along with some light flirting.

When Bry’s search for a nanny for the girls results in disaster, Cor offers to step in and, it turns out, loves his position as a nanny more than his job. Can Bry and Cor’s burgeoning relationship survive the change, not to mention Cor’s protective sister, who isn’t at all convinced that this is the right step for her brother?

Take the journey with Bry and Cor in the latest Mannies Incorporated novel.