Alex "Rigger" Roberts and Jim "Rock" South are starting to build a solid life together, even as hard as that is for a Marine and a flight nurse. They have pizza, beer, a dog, and lots and lots of communication in bed.

The only thing Rock doesn't really communicate well about is his family or his past. Rig thinks that's a little strange, as close as he is to his own tight-knit, loving family, and he sets out to pry a few details out of his studly Marine.

When a death in Rock's family has them leaving North Carolina for New England, Rig gets more than he bargained for. There's bad blood there, and when things boil over, Rig has Rock's back, deciding that his Marine is better off without a family like that.

Things aren't exactly smooth for Rig's family, either, and a family tragedy leaves him wondering if life will ever be the same. Rig tries to deal with his problems on his own, like he always has, but Rock proves to him soon enough that it's better to have someone there to pick up the pieces.

This Sean Michael Classic was originally published by Torquere Press.

Rock has retired from the Marines, and the boys are moving to California to find the kind of life where they don’t have hide their love, don’t have to live in fear of losing jobs and getting their butts kicked, just for being who they are.

They settle on the beach, ready for the good life. What they find is that life goes on, with all of the troubles and happy times they’ve always had, making them ever more grateful that they have each other.

If you’re a Jarheads fan you won’t want to miss this one. And if you’ve never experienced these boys before, this Sean Michael Classic will make a fan out of you.

Rock, Rig and Dick are living it up at the beach in this installment of the Jarheads series. Dick and Rock's gym business is going well, Dick has gone back to school, and Rig's PA practice is working just the way he wants it to.

The only problem is that Rig just doesn't have the energy he used to, and he's not feeling great. He's worried that something might be dreadfully wrong, and he's afraid to have to tell his men about it.

Rock and Dick try everything they can think of to cheer Rig up, but even a vacation can't fix what's wrong. Months of pain and silence finally lead to Rig going to a doctor, but can he recover from being so sick for so long? And can he manage to get healthy again with two ex-marines watching his every move? Find out in this Sean Michael Classic. 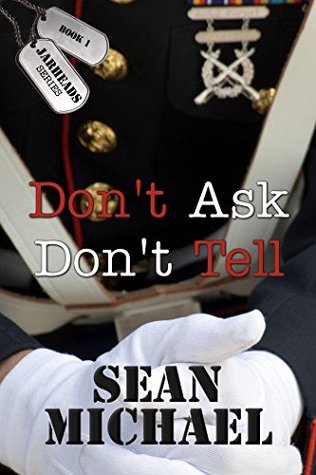 This is where it all begins for James ''Rock'' South and Alex ''Rig'' Roberts. One beer, one bet, and one night was all it took for Rig to know that the blue eyed Marine was what he wanted, and he bets his whole world on Rock wanting him back.

The two of them have a lot of adjusting to go through to become a couple, though. Humor and hot sex prevails, bringing Rock and Rig’s beginning to life, proving that eventually love conquers all in this Sean Michael Classic. 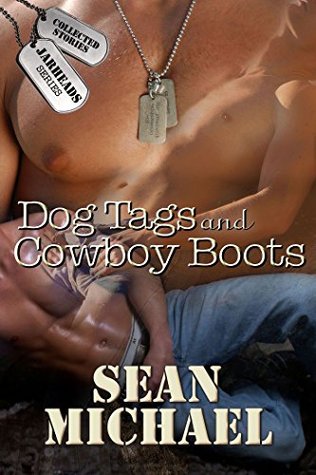 What sorts of things do two Marines and their very own redneck get up to on their off hours? Find out in Dog Tags and Cowboy Boots, a series of missing moments from the Jarheads novels. Rock, Dick, and Rig give an intimate look at the games they play and the trouble they get into, from the small details of everyday life to their scorching hot sexual antics.

Stories originally published on the Turn of the Screw subscription service and in paperback. 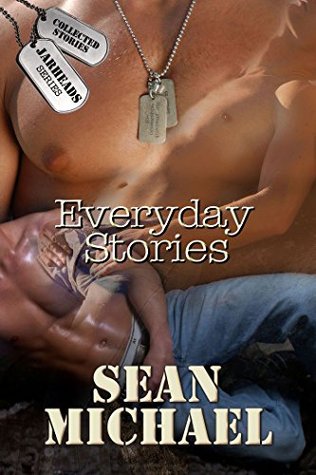 This collection brings together nine Sean Michael short stories that follow the everyday lives of everyone’s favorite Jarheads: Rock, Rig and Dick. Whether working in the garden, fooling around with paint, or just plain fooling around, nobody loves like these two Marines and their Nurse.

Loving Away the Grumps

Rig and the Gym Bunnies