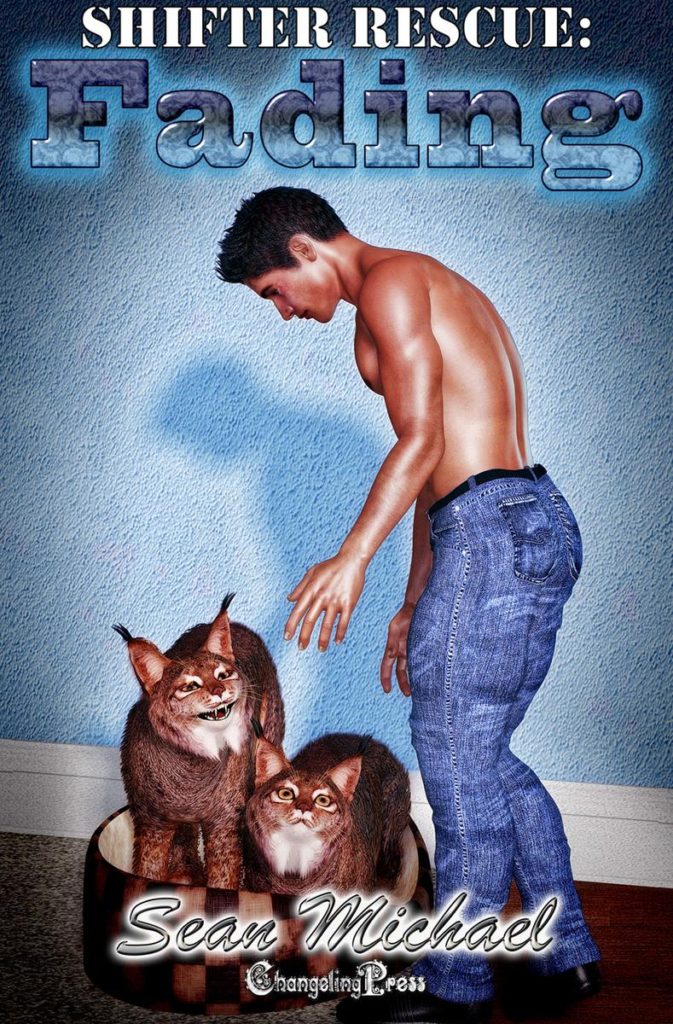 When Pirou calls his brother Jag to the Old Tavern Club to help with a pair of lynx shifters, Jag is happy to help. Rescuing and rehabilitating big cats is his job, and it makes him the perfect person to take on the pair that Pirou has rescued from a circus.

Mates Hill and Cather were about to be put down by the circus that owned them as they refused to perform after their Master, tiger shifter Darri, was killed in an accident during his last performance. The pair have been beaten, mistreated, and are near death's door, so it's going to take all of Jag's resources to help these two kitties find themselves again.

Along the way, Jag just might find his heart in peril, too.

Jag parked behind the Old Tavern and knocked on the back door. While the place might look like nothing more than a pub on the ground floor of an office building downtown, he knew better. He knew the secrets the Old Tavern held. He was, after all, a part of them. He wasn't involved in every rescue, but he contributed financially every year and, whenever his skills were needed, he would come in and help turn around rescues.

His field of expertise in the "real world" was rehabilitating big cats who had been held captive, rescued from circuses and sideshows. The reasons why he was so good at it were two-fold. One, he was a cat shifter himself, his jaguar fast and strong, an apex predator. Two, long experience from an early age.

Shifter rescues were both easier and harder to help than "normal" big cats. As they were part human, they could understand and respond, though some sank so far into their animal selves that they could no longer tap into their human sides. Being part human also made them more complex than their one-hundred-percent animal counterparts, though, and instinct and breeding weren't as easy to predict.

He did love the challenge of big cats -- shifters and not -- so getting a call from the Old Tavern was both sad, because it meant someone needed rescuing, but also made him eager to face the new challenge, to help someone who needed him.

"Sorry. Sorry, I was settling a new client. We're running a full house today." Pirou was clearly distracted, hardly even seeing him. Mind no doubt on the many shifters in need.

Jag smiled at Pirou. The rescues... well, Pirou did a bit of everything, and the place would be chaos without him. Slender and sweet, and a total sub with the biggest heart imaginable, Pirou was perfect for the job.

"Uh-huh. Two. I thought they were dead when they first came in. Lynxes." Pirou shook his head, sighed softly. "They refused to perform after their handler died. The management had them beaten."

Jag growled, baring his teeth. "Some people shouldn't be allowed near animals, let alone our kind. Did they know they had shifters on their hands?"

He stepped in and Pirou closed the door, locking it carefully. "I don't know, love." Pirou came to him, rubbing his cheek against Jag's in greeting. "It's good to see you, brother."

He gave Pirou a quick, tight hug, enjoying the mingling of their scents. "You too. We really need to try to get together just for lunch or something once in a while." He knew even as he said it they probably wouldn't. They were both too busy. At least his involvement with the Old Tavern kept them in touch on a regular basis.

"Now let me meet these near-dead lynxes. There's work to be done." Jag knew that Pirou would be as anxious as he was to bring comfort and relief to these abused kitties.

"Come with me. They're in the mauve room, hiding under about ten thousand blankets."

Making a cave. That made sense. And the mauve room was on the second floor, a light lilac room with no windows, buried well within the warren of rooms. If he remembered correctly, there would be rooms with a small kitchen, living room and a bathroom, along with another bedroom attached, so the rescues could feel like they had their own territory within the little apartment.

"Have they communicated with you at all? Eaten? Drunk water?" Food and sleep and comfort would be the first order of the day. "Have they shifted at all?" He needed as much information as he could gather before going in there.

"Communicated? No. Eaten? No. Drunk water? Yes. Shifted? No. They were on IVs and feeding tubes for more than a month before they even began to heal the actual trauma. Doctor Franx says they're healthy but emotionally devastated."

There had to be a good reason why he was only being called in more than a month after the rescues had arrived. "And you didn't call me earlier because they only came to today?"

Pirou nodded and Jag followed his brother to the mauve room on the second floor.

"Have they let anyone near them since they've been awake?" he asked.

"They don't seem to care. The only response anyone has seen was when they tried to separate them. The bigger of the two had to be sedated."

"All they've had is each other, so that's not surprising. Poor babies." He gave Pirou a hug, knowing they both needed it after discussing what had happened to these latest rescues. It was always awful to see a shifter abused, but the cats in particular struck a chord. "The mauve room has a suite attached to it?" He was pretty sure he was remembering the layout correctly, but he'd hate to have to move the lynxes, and he'd need a separate living area, and a kitchen, possibly even a bedroom for himself, though he could curl up in any corner and get some shut-eye.

"It does. With two of them, I thought we'd need space."

"My clever brother. You always were good at anticipating everyone's needs. Do we know their names?"

They arrived at the door and he took a couple of deep breaths, steeling himself for anything. "All right. Let's do this thing."