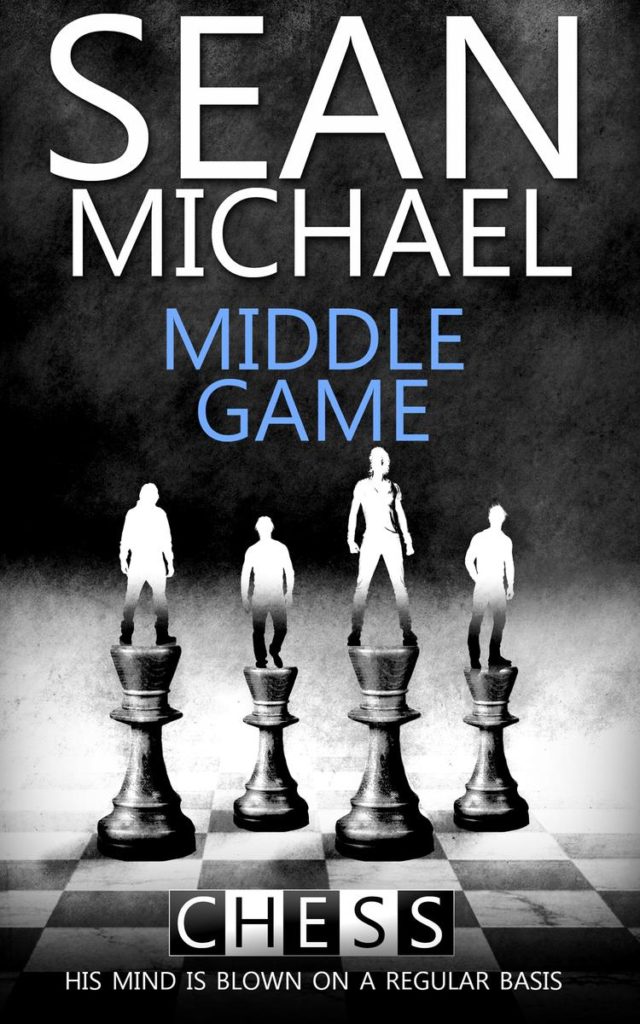 Can Jason be with three amazing men and not lose his heart in the process?

Living with and being the playtoy of three men is more rewarding than Jason could have imagined. Bishop, Knight and Rook each have their own way of loving on him. In Bishop he finds a workout partner, friendship, and good solid lovemaking. He isn’t sure what to make of Knight, but the man is a brilliant artist and there are worse things than being Knight’s subject for his latest series of paintings. And the kinky things Knight does to him blow his mind on a regular basis.

It’s Rook who Jason is falling in love with, though. The bright, loving, sexy man has him head over heels and Jason’s beginning to worry that he’s getting himself in way over his head. Can he continue to be with these men without losing his heart?

Publisher's Note: This book was previously released under the same title. It has been expanded for re-release with Pride Publishing.

Jason had been watching the snow falling for hours, mounding up around the window sill, white and fluffy. The studio wasn’t cold, not at all, but a part of him felt a little chilled just from watching the ice crystals build.

Jason shivered, making sure the motion was tiny, not moving on the lounge chair in the least.

“I am.” He was naked, except for a soft, silken drape over his thighs.

The front door opened and closed, Rook’s voice singing out, reaching them even here in the studio, “Hello, honeys, I’m home!”

Jason smiled. The sound of Rook’s voice made him happy every time he heard it.

“Don’t move!” Knight spoke loudly enough that Rook no doubt heard it from the front of the house because it was followed by the sound of his laughter and he appeared at the door.

“Look at this! Two of my favorite people in the whole world, both together.” Rook draped himself over Knight and kissed Knight’s cheek.

“Working, Rookie.” Knight did smile, though, which Jason had learned over the past month was rare.

“I know.” Rook’s eyes wandered over the canvas, and he licked his lips. “God, you’re a talented asshole, aren’t you?” Rook gave Knight another kiss, then backed off, blowing a kiss at Jason. “So how long before we can puppy pile?”

“Does he need fluffing or anything?” Rook asked, voice hopeful.

“No touching. You’ll destroy my view.”

He pushed himself off the chair toward Rook. The man fascinated him, so pretty with his blond hair, his bright blue eyes. So different from Knight’s slender darkness.

Rook stuck his tongue out at Knight but gave the man a proper kiss even as he held out his arm to Jason. Jason went to them, moving carefully, suddenly painfully aware of the plug inside him.

Rook’s hand slid over his skin as soon as he was close enough and the kiss with Knight ended noisily. Then Rook’s mouth covered his, tongue pushing in. A sweet hum sounded, Rook’s blue eyes staring into his own like he was the most fascinating thing ever.

It was Knight’s hand, though, that slid down his back, moving to jostle the plug. He jerked away, cheeks burning. Knight shook his head. “Still so shy?”

Rook’s eyes widened, his lips pulling up into a grin. “A plug? Knight, you naughty, naughty man.” Rook slid a hand down his back just like Knight had done, heading right for his ass.

“I wanted to make sure he stayed awake.”

Rook laughed, the sound happy and sweet. “Can we play on your couch, Knight? Or should we find a bed?” Rook found the base of the plug and began to tap it.

“Let’s go upstairs. Bish will be back soon.”

“I need to clean up, Rookie!” Knight was laughing, though. Rook was the only one who made the man laugh.

“We’ll help. After.” Rook shook his ass, making it very clear what came before the after. Jason was given a sweet smile. “I think someone needs some help with that plug up his ass…”

“Rook…” His cheeks heated, but his cock jerked, filling.

“Horndog. I love the way Jase walks when he’s full.” Knight’s voice had a sexy, husky note to it.

“And you call me a horndog?” Rook laughed and took a half step behind him. “Knight is right, though, honey, you move like magic with that plug.”

His cheeks were burning and he ducked his head then shook it.

“You should have seen him take it in for me.” Knight’s fingers slipped over his skin.

Oh. Oh, God. He… He still wasn’t used to being a…plaything for these three men.

Rook moaned and rubbed against Knight. “I wish I’d seen that.”

“I’m sure we can revisit after we play…with a bigger plug.”

Rook beamed. “That would be perfect.” Rook wrapped his arms around Knight, giving the man another one of those kisses. And then Rook’s attention focused on him, mouth latching on.

There was nothing on earth—nothing—like Rook’s kisses. Slow, lazy, drugging. They made him dizzy. He almost didn’t feel the hands that slid down to his ass. It wasn’t until two held his cheeks open and more fingers played with the plug that he realized there were in fact four hands touching him.

He whimpered into the kiss. God, that was so perverse, so hot.

Rook teased him with his tongue as the fingers on the plug twisted it, tugged it partway out before pushing it back in again.

Rook moaned. “God, yes. I need to start bringing home some of the merchandise.”

“You know it. Big ones. Metal ones. Tiered ones. Vibrating ones.” Knight sounded evil.

“Bring me one of the shower nozzles, too. What do you think, Jase? A long weekend of ass play?”

How did he answer that?