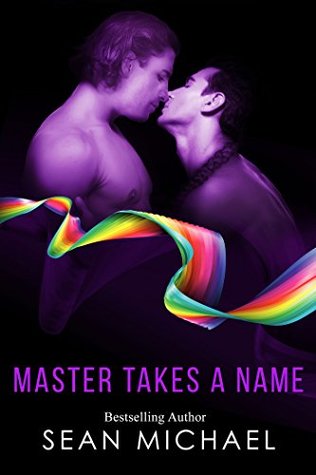 Before Liam can embrace his future, he must accept himself.

Kael is happy with his life. A consummate sub, he’s out, proud, and surrounded by good friends. Then he hears about Master L, a new Dom who has all the twinks aflutter. Kael’s curious, but not unduly so, until he and the stud do a scene. Then he understands the commotion. But since Master L only ever tops a sub once, when it’s over Kael is determined to forget him, even if he has to go on holiday to do it.

Liam is deep in the closet, but the Dom known as Master L also has needs. So far, he’s kept his identity a secret by never choosing the same boy twice, and frequently changing venues. After his scene with Kael, Liam finds himself fixating on the sub and willing to break his one-time only rule. But will it lead to heartache or happiness?

Originally released with another publisher.

Kael knelt on the stage, mind on the music. Nice and rhythmic, he could easily lose himself in it without missing a beat of the baby Dom training. Little sweetheart. He’d forgotten the guy’s name, to be honest, but he didn’t mind letting someone practice. When this guy was done, he’d go find someone to stretch him, to push him.

He’d heard talk recently about a Master L, the little twinky subs all atwitter. Maybe he’d want to have a go. A little slap and tickle. Maybe. He was a touch too old to be a twink—say, by a good fifteen years—and some men wanted green and brand new.

Wouldn’t hurt to find out if this Master L was around, though, see if he was available. He was supposed to be a real All-American boy, blue-eyed and blond, built like a tower. Of course being a stud didn’t make you a good Dom. Just a pretty one. Sometimes that was enough. Hell, lots of times that was enough.

Kael had to force himself not to smile. That would hurt the wee one’s feelings, and that wouldn’t be nice. This Dom was young and green, but he was eager and trying, and Kael bet that one day he’d be great. Not soon enough for Kael to consider the guy as any sort of permanent master.

Hell, he’d be off the market by the time that happened. Where did old submissives go to die? Oh, right. The Internet. CyberDoms. How sad.

He realized suddenly that the baby Dom was finished, one hand on his shoulder. “Are you okay, Kael?”

The baby Dom—Adam? Aaron? Armand! that was it—smiled. “That’s what I was going to ask you. You did great. You’re a fantastic sub.”

“Thank you, Sir. Very much.” He gave the kid a kiss on the cheek.

That got him a grin and a half bow. “Maybe we can work together again some time.”

“Sure. Just holler.” This one wouldn’t be on the market long, even as green as he was.

Armand shook hands with him, then headed to the back, no doubt to clean up; the kid was pretty sweaty.

“You want some water, honey?” his best friend asked, coming to lean against the bench Kael had been bent over.

“Thanks, Ben.” Kael stretched, showing himself off to his best advantage under the lights. “I love the stage you guys built. So cute.”

“We try. I know we’re an underground group, but we try to make it nice.” Ben offered him the sealed bottle of water. “You looking for something more tonight?”

Ben brought their hands together. “The newby?”

“Don’t worry about it. He’s riding a high from topping you. And he’s going to be snapped up by the twinks here tonight. He’s just what they’re looking for.”

“Rock on.” Kael leaned against his best friend for a second. “So, is the new guy here? He’s got everyone’s panties in a knot.”

“You mean Master L? I don’t think he’s new. He only comes in once every month or so. Well, he used to. He’s been here more often lately.” Ben chuckled. “He’s gone through quite a few boys. Doesn’t do repeats, from what I can see. He is a dream, though.”

“Yeah? Roger let you play with him?” Kael knew the answer to that. Roger didn’t share. Ben was his and happy for it. It was fun to tease, though.

“I never even asked!” Ben rolled his eyes. “Man, I fell for that one, didn’t I? You want me to find out if Master L is here tonight?”

“God, you’re so Zen, it’s disgusting.” Ben laughed and rubbed noses with him. “You’ll know him when you see him. His eyes are like lasers.”

“Master Roger and I will be there.” Ben squeezed his hand and headed off, no doubt to make sure the next couple on the little stage had everything they needed. Ben was so handy.

Kael wandered from the stage area to the rooms in the back, checking out who was there. He wasn’t really looking for Master L. At least that’s what he told himself. He was just looking for a good time.

Something in him tightened when he caught sight of a big man in the corner. The guy had a commanding presence, for all you could only half see him in the dark. Yummy. He’d take six.

Kael headed slowly that way, threading through the crowd. When crystal blue eyes found him, he almost stopped, feeling pinned in place. Mmm. The new-to-him Dom.

He let himself ease over, stand close enough to see. This guy was a stunner, tall and boasting some great muscles. He had short blond hair that was styled into a pseudo mohawk that was all the rage right now. And those eyes were indeed blue, the Dom staring at him.

“Boy.” The Dom looked him up and down, then smiled again.

Kael chuckled softly, but dipped his chin, acknowledging the compliment.

“You looking to play?”

“I am.” Kael could do direct. Hopefully direct could do him.

“No tight cuffs. I’m a musician. I need my hands.” Okay, so he was a musician in his very limited spare time. But he it was still his hard limit.

“I have a room reserved. Three.” L had a nice voice, deep and smooth.

L headed toward the long hallway, opening the door labelled three. “Tell me what you would like. I saw you getting your ass… warmed.”

“You can say no as much as you want—that won’t stop me.”