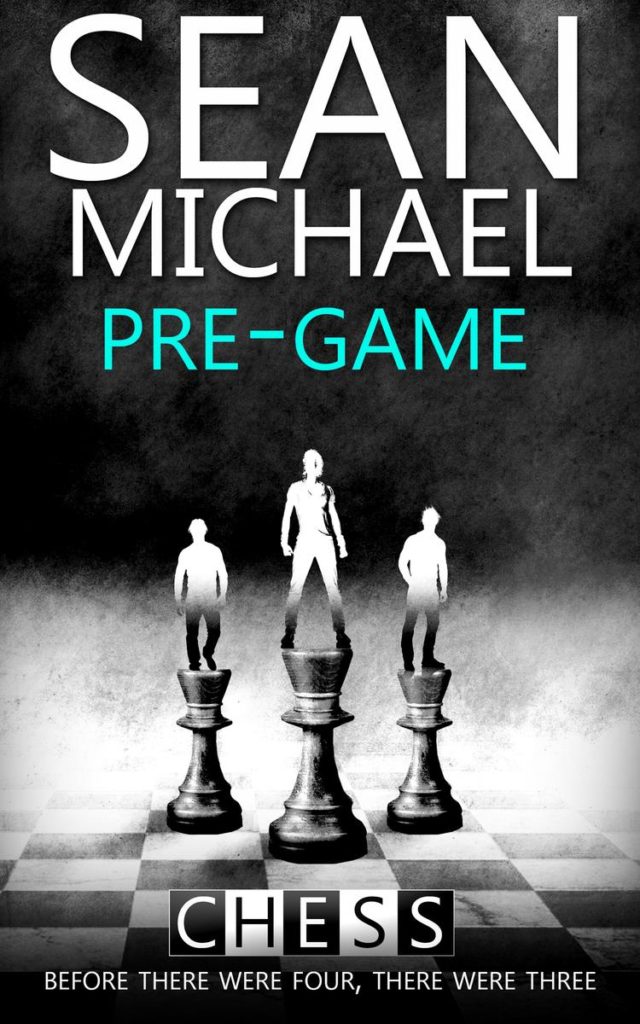 Before there were four, there were three. Learn how Rook, Knight and Bishop came together.

When Rook and Knight meet at a live drawing class Rook is modeling for, it’s lust at first sight. Open and eager with his sexuality, Rook immediately draws Knight’s attention. Lust soon turns to love for the two men. The question, though, is what happens when a third man feels like he belongs with them?

Rook hurried along Young Street, checking his watch. He didn’t think he was going to be late for the class, but he was cutting it awfully close. Of course, he hadn’t realized that his meeting with the lawyer was going to take so long. On the other hand, if the dude—were you allowed to call lawyers ‘dude’?—hadn’t been so intent on talking him out of his purchase, it’d have taken half the time.

It was a good thing money was no object, thanks to Great-Aunt Anna leaving her fortune to the black sheep of the family—namely him—or he’d have had to insist that he not be charged for the time the lawyer spent on his own agenda rather than Rook’s. What did the lawyer care if he spent a hundred thousand or so on a store that sold sex toys? It wasn’t like Rook was asking the guy to come and buy, or even to ever show up. He liked the idea of owning a sex shop, and honestly, the money was a drop in the bucket.

All the paperwork was being drawn up and he’d be the proud owner of the place in less than two weeks. Too bad he didn’t have anybody to celebrate with. He’d have to bring some champagne in and celebrate with the staff once the sale went through. Yeah, that would work.

Arriving at the Art School, he went in and made his way to the Live Art class, walking in with seconds to spare. He gave Polly, the teacher, an apologetic smile and moved to the corner of the room to strip off. He usually showed up at least ten minutes ahead of the class, so he was already on the dais when the students came in, especially at the beginning of the semester, but it couldn’t be helped.

Naked, he ran his hands through his hair, and made his way to the raised seat. “How would you like me today?”

Polly tilted her head. “Why don’t you sit with your legs crossed, one hand supporting you as you lean back, the other on your knee.”

He assumed the position, shifting a little until he was comfortable enough to stay still for a prolonged period of time.

“Very good.” Polly smiled at him and turned her attention to her students. “Good afternoon, class, and welcome to Live Drawing. Our model for this class is Rook. He’ll be with us the entire class.”

She went on, but he tuned her out, checking out the students in his line of sight. They were all the same—earnest girls and guys trying desperately not to stare. All except for one.

This guy had long, long hair that was so dark it looked like a raven’s wing. He had a beard and was wearing camo that was totally vintage and completely oversized. That guy was looking. Admiring, even.

Rook couldn’t help but tilt his head the slightest bit, proudly showing off. Hell, this guy made him want to spread his legs and really show off, but he knew Polly would likely ban him until he’d groveled significantly. And the truth was, he enjoyed posing.

His move earned him a grin, slow and wicked—one that burned through him.

No hard-ons, he reminded himself. But damn, this guy made his balls ache.

He glanced away, his nostrils flaring as he thought about snow and ice and slush and stupid lawyers who thought he was a moron, in an effort to stay deflated. God, the lawyers thought did it. Boom. Flaccid.

Like an idiot, he dared to glance over at the dark-haired dude again. He got a quick little grin, those eyes burning at him. The pencil was flying, though, one sketch after another happening like magic.

Rook couldn’t wait to see. It was one of his favorite things about modeling, seeing the results. All the different styles, the different ways people saw him—it was cool.