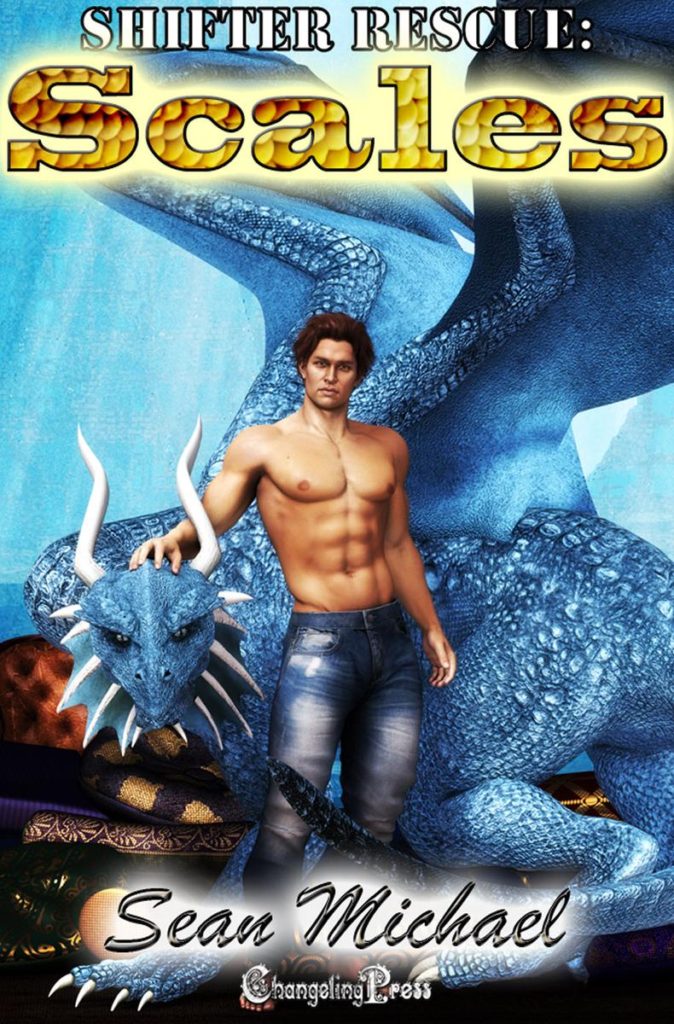 Sometimes life gives you something magical - if Drill can rescue a dragon that is.

Drill has never even heard of a dragon shifter before, much less seen one, yet that's exactly what the beast in the club's basement looks like. As he works with the dragon, he finds all his instincts insisting that this is the sub he's been looking for.

Can Drill and the dragon rescue a happy ending for themselves?

He smiled at the twink working the coat check tonight. He'd had that ass a time or two. Over his knee, around his cock. As a part of his cover as a club member, of course.

Heading for the bar, he smiled at Fargo. "Whiskey, neat. And tell Pirou I'm here, please." Here as requested, summoned almost, although Pirou would never, ever admit to anything so... toppy.

"Good. I'm building a third golf course on the far side of the city." He made a good living with the golf courses, and the best part was that they practically ran themselves, giving him a lot of time for his true passion -- helping with the shifters that made their way here.

It was Pirou who answered him, Fargo fading away to the other end of the bar. "Excellent. I'm glad to hear it." There were heavy lines of worry on Pirou's face and they looked totally out of place.

The slinky kitty worked hard, but Drill knew he loved his job, was happiest working at it, helping people.

Reaching out, he touched Pirou's cheek. "So why did you call me down here?"

"I need help." Pirou was usually far more loquacious than that.

"I figured that much out, sweet kitty. I'll be needing more details." In the end, though, he imagined he'd help Pirou, just because it was Pirou.

"Come walk with me?"

Oh, it must be bad. He picked up the whiskey Fargo had brought and downed it. "Okay, lead on."

Pirou took his hand, fingers sliding on his, touching and playing.

He brought their hands to his mouth, kissing Pirou's knuckles. "You're buttering me up."

"I'm worried. I'm in big trouble with the boss."

He found that hard to believe, given that Pirou was the soul of the Old Tavern Club. "What did you do?"

"You know how, sometimes, I find an unusual rescue and bring it in even though it's not our usual werewolf or werekitty?"

Something like constantly? Pirou was the softest touch on Earth and had contacts everywhere. Like he was almost scarily connected.

"I have heard you have a hobby, yes." Drill teased gently. His brother often said that he had a theory that Pirou went out of his way looking for the hard cases, for the strange beasts.

"They aren't all special?" He wasn't teasing anymore -- it was an honest question. He could remember the lion Pirou had taken in, the poor thing so bedraggled and abused no one had thought he'd live. No one except Pirou, who had nursed the beast back to health. Then there'd been the zebra. Talk about high-strung. They weren't really equipped to deal with equine shifters, didn't have anyone qualified to help them. Pirou had made it happen.

"Yeah, but most of them are normal special. Not about-to-get-me-fired special."

"Okay, okay, you did it -- I'm intrigued now." Because Drill couldn't imagine anything that would make Drongo fire his beloved Pirou.

"He's in the basement. He's sedated. I'm scared to let him wake up."

"God, I hope not." Pirou's fervent words made him even more intrigued.

They headed past the kitchen, deep into the basement. It was clean, but... uncomfortable. Underground was far away from the air, from the sky and clouds.

Drill wrinkled his nose. "A vampire?"

Drill pressed his nose against the window in the door, but it was dark and he couldn't see anything. Before he could complain, Pirou pressed a button and a light came on highlighting a shape draped over the mattress, which was the only furniture the room boasted.

"The slavers had him. My contact said that they hadn't managed to get him to wake yet."

"Slavers!" That made him growl. "So you don't know if he's even sane or not, let alone a shifter."

"I don't know anything except that he's a dragon and he needs help," Pirou admitted.

"And you want me to help him and find out as much as I can before you have to tell my brother what you've done."