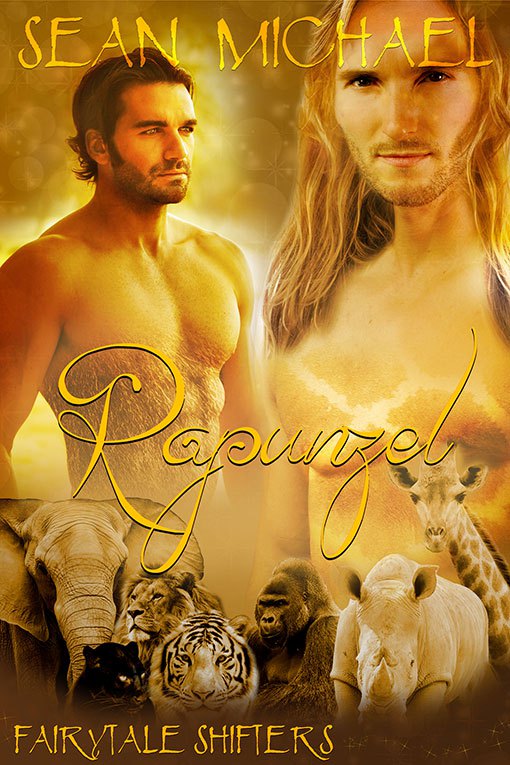 When Guerilla Contracting is called out after hours to deal with electrical problems at the circus, gorilla shifter Joe expects to encounter animals in cages. He doesn’t like it, but knows it’s part of the territory when it comes to circuses. What he doesn’t expect to find is a naked man in the giraffe cage.

Giraffe has lived his entire life as an attraction at the zoo, moving from his home-cage to the work-cage and back. He’s not allowed to let anyone know he’s a shifter, and doesn’t mean to get caught as a man when Joe comes by his cage. Joe is nice, though, and when he asks Giraffe to come away with him, Giraffe does.

Joe’s interest in Giraffe shifts as he secrets Giraffe away to his home in the country, becoming about more than just saving Giraffe from his cage.

Could it be possible that Giraffe feels the same way Joe does, or will he want to return to the only home he’s ever known?

Joe pulled up at the circus on the fairgrounds just out of town and parked the truck near the front entrance. The place looked abandoned without the music and the lights and all the people. Like a ghost town, almost. He climbed out and headed for the front gate, a figure peeling itself off the wall as he approached.

“Guerilla Contracting,” he called out. The name of his business always made him smile, the double entendre entirely private—his own little secret. “I’m Joe. You guys have an electrical problem?”

The guy nodded. “Wooster. Boss said to bring you out to the junction box. None of the lights in the big tent are working. We had to refund tonight’s box office.”

Joe guessed that was not something anyone was happy about. It would be bad publicity, too, the circus not being able to put on a show.

“Let me just grab my toolbox.” He did so, then followed Wooster through the gates and among the tents to the caravans out the back, a huge mess of electrical junctions and wires promising him a long night. Oh well, that was what they paid him the big bucks for, and it wasn’t like he had anyone waiting for him at home.

Wooster showed him the trail of wires that ran to the big tent, then pointed to an old silver Airstream with a big W painted on the front. “My supper’s going cold. Come and get me if you need me.”

“You got it.” He tipped his head and watched Wooster head toward the trailer, leaving him alone with the smells and small noises that kept the night from being quiet. Okay, so the circus was a little creepy all dark and shut down like this, with the hint of life hiding away.

Joe shook it off and went to work, beginning with testing wires and connections. Still, he swore he could feel eyes on him, a constant curious gaze. He put it down to the horror-book setting and kept working. His searching along the wires brought him to where the animal cages were and he had to bite back his growls as he saw lions and tigers and monkeys in cages. He hated seeing animals in cages. He could smell elephants, too, and… a giraffe?

He put down his tools and moved among the cages, looking in on all the beasts. The mother elephant was sad, quiet, but well cared for. The monkeys were playing, happy in their family, and the…

Wait. Wait, there was a man in the giraffe’s cage. A tall, lean man with a mass of coppery hair and precious little else. The cage reeked of giraffe, which meant this stunner was like him, both man and beast. Joe knew other shifters existed, but he’d never met another one before.

He met the warm brown eyes. “Hello there.”

The man smiled, nodded to him, and blinked slowly.

Joe couldn’t believe there was a shifter here, and that he was caged. It made him angry enough to see animals caged, whether they were happy and cared for or not. But for there to be a shifter in the same boat brought him rage. That just wasn’t right.

“Are you okay? Are they treating you right?”

The man nodded, smiled again, and offered him a stalk of celery. Joe took the celery and looked at it, took a bite. It was celery.

“Can you speak?” Was this guy so mistreated that he couldn’t?

“It’s not allowed.” The whisper was barely audible.