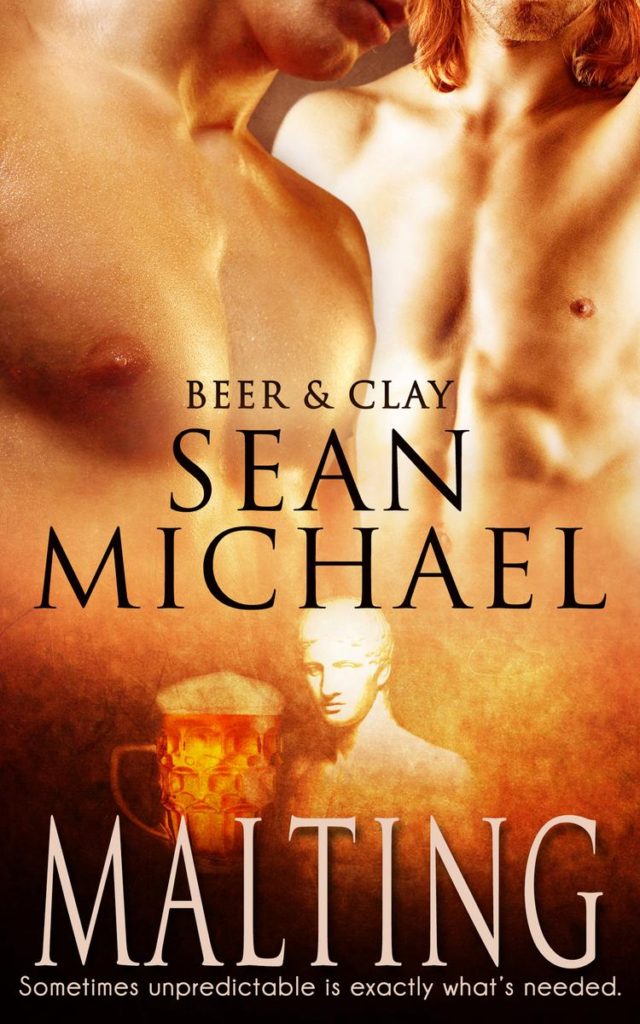 Damon loves his life—his bar, his employees and his beer. He especially loves Thursdays. That's when the mysterious little red-head dances into his bar, drinks two honey wheat brews, and flits right back out.

Toby's comfortable. He has a good job, great friends, and he gets paid to do what he loves—sculpt. His life is great, if a little predictable. And if he secretly wears a plug to Corner Pub every Thursday, well...that's nobody's business but his.

But when Toby meets Damon, his predictable little life flies right out the window. Damon shows him the big, wide world of the Dom/sub lifestyle, plugs and piercings, and teaches him that maybe, unpredictable is exactly what Toby needed all along.

Damon tapped the keg and smiled at Pete. The on tap beer was back up for sale. The new microbrew was proving popular, and he needed to order it in bigger quantities. He’d been looking for a local company to pair up with—maybe he’d just found one.

He wiped his hands on a rag, patted Pete on the back and made the rounds of his bar, making sure everyone was happy, but not sloppy drunk, keeping an eye on Freddie, the sweet twink who was moving between the tables and the bar, serving drinks and flirting like crazy.

It was just another Thursday night at the Corner Pub.

His eyes went to the stool at the corner of the bar where the quiet redhead sat drinking the first of two honey wheat brews, just like he had every Thursday night for what? Three years?

He’d made up a thousand fantasies over what the guy’s story was. The man was lovely—shoulder length, bright red hair, always in jeans and a button-up, skin pale as milk. He never spoke to anyone—didn’t check his phone constantly, didn’t scowl or anything.

Damon thought that if there was a Thursday when the man didn’t show, he’d be alarmed. But so far, the redhead hadn’t missed a single one. Damon spent another moment simply watching. There was something incredibly intriguing about the man.

He didn’t know why he chose this Thursday to do it, but Damon found himself moving behind the bar and heading for the redhead at the end of it. “You ever want to change things up, let me know.”

“Pardon me?” Eyes the colour of sherry blinked at him, so lovely.

“You always have two honey wheat brews. If you want to try something else, let me know.”

“Oh, thank you. These are very tasty.” The man’s voice was husky, soft.

That had him grinning. “I figure they have to be—you come in for two of them every week.”

“Nice to meet you.” Which seemed weird to say, given the man had been in here once a week for three years.