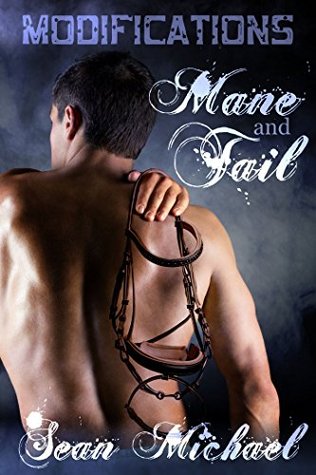 Part of the Modifications series:

Eric Martin is a successful businessman, but he’s lonely, he’s stressed, and there’s something missing from his life. At least that is, until he meets Daryus at a conference. Daryus promises he can offer Eric all his fantasies come true. A second meeting at a bar one night, leads Eric through a door into a world where he suddenly finds himself as the ‘pony’ of groom Soren.

Soren is a groom of human ponies who is working off his debt to a demon by training men in pony play. He enjoys his work a lot and one day hopes to have a pony of his own as a reward for all the good work he’s done and to celebrate the payment of his debt. When Eric appears in his stall, Soren believes that day has finally come.

Eric can’t believe the stables he finds himself in are real. His pony fantasies are just that – fantasies. Not only that, he’s never shared them with anyone, so how could Daryus have known? Between Eric’s confusion and lack of experience, Soren has his work cut out not only training Eric, but convincing him that this is real and that Eric doesn’t ever need to go back to his old world.

With a little demon magic and a lot of care, Eric and Soren just might find everything they need to be both happy and together.