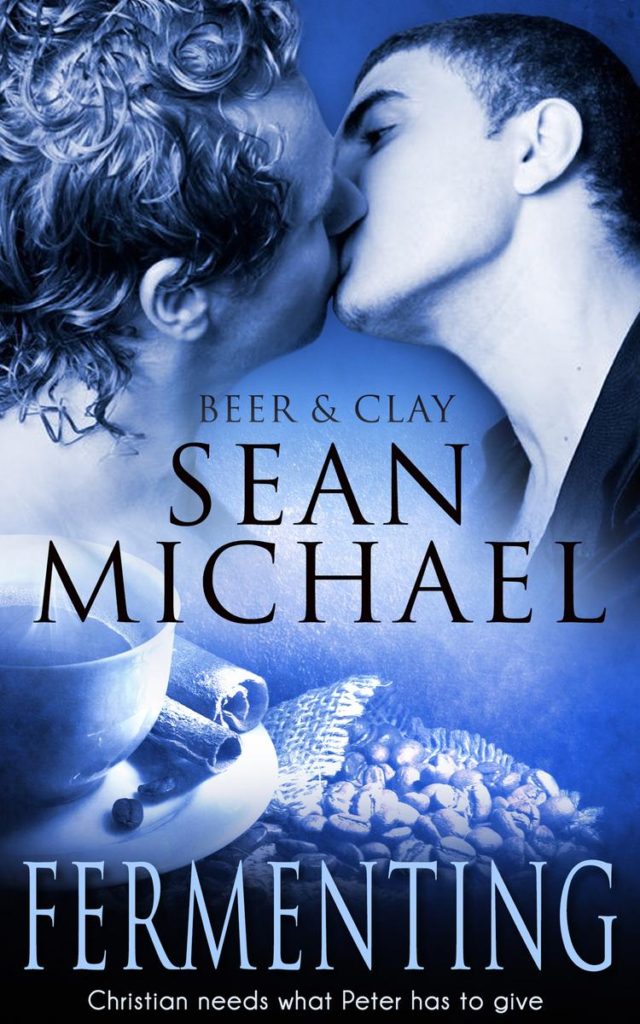 Christian needs what Peter has to give him, but will he let himself have it?

With Toby’s stalker behind bars, Damon and Toby can relax and enjoy their relationship, sinking into basking and revelling in each other.

Things are just heating up for Peter and Christian, though. A former soldier, Christian still hasn’t found his subspace and he’s worried it either doesn’t exist or he’s simply doing it wrong. Peter has as much patience as he needs, though, and he slowly pushes Christian to the edges of his limits, doing everything he can to help Christian grow and flourish.

Christian’s training and the café they’re opening create good excuses for Christian to keep from submitting, even though, deep down, it’s what he really wants. Peter’s perseverance will have to work overtime to overcome them.

Will Christian ever give in to the things he knows he needs? Only time will tell.

“Goodnight!” Peter waved to Damon and Toby, and put his hand on the small of Christian’s back. “Come on. Home. I promised you a spanking tonight.”

While it had been good, celebrating the capture of Toby’s stalker with their friends, nice to spend the evening somewhere not the café or the bar, at the same time he was excited about the spanking. It had been far too long since they’d had one and it had turned Christian on when he’d talked about it earlier.

Not that his boy would ever admit that.

“I think we’ll do it in the bedroom, with you over my knees.” That made it more personal.

Christian shook his head, but didn’t speak. Peter loved the way Christian’s cheeks heated, the shivers he got.

Stroking Christian’s back, he led them up the stairs. “My palm is itching and I can almost feel your ass against it. Feel the heat of it as I warm your skin.” He slowed their pace, wanting the anticipation to last. “You remember what it’s like? Wearing my handprints on your ass? You felt it for days last time.” It had been hot. He wanted it to be even hotter this time.

Between the excitement of Toby’s stalker showing up, gun in hand, and the fact that they were opening the café the day after tomorrow, Peter knew Christian needed the grounding, the pure physical sensation.

The hint of humiliation made his boy excited too, the vulnerability of being over his lap. Peter thought that worked better even than having Christian bent over the bench for scenes. Perhaps he’d have to try focusing on that even when using a flogger or whip or paddle to work Christian over. If not over his knees, then Christian on his knees, bent in front of him. Oh yes, that idea had promise.

He was smiling as he opened the door to let them into their home.

“I am. You make me happy.” Peter couldn’t remember a time he’d been happier, really.

Peter stopped them where they were to turn and face Christian fully, his hand sliding along his boy’s cheek. “I hope the feeling is mutual?”

“I’m learning to be me, I think. Sometimes it’s work, but yeah. I need you, even when I’m not happy.”

Peter put his hand behind Christian’s head, bringing their lips together. The kiss was soft, but thorough, an extension of the words they’d shared.

When their lips parted, he pressed their foreheads together, spending a moment breathing with his boy. He’d discovered that it was the best way to get Christian into the right mind-frame, and right there with him, even when he hadn’t made a point of asking Christian to do so.

Christian’s manic excitement after the attack had faded, had left his lover willing to breathe, to rest with him. Now they would build excitement of another kind together.

Giving Christian another soft kiss, he took his boy’s hand and led them to the bedroom. His own cock was beginning to swell, anticipation ramping him up in the best way.

Christian spoke before they got there. “This isn’t a punishment or a lesson.” And that wasn’t a question.

“No, this is for our pleasure. Your ass, my hand and both our cocks will be very happy with it.” And just maybe he’d get Christian closer to his subspace.

Christian took a sudden, fierce kiss. Peter opened, letting Christian in, letting his boy lead for about ten seconds. Then he groaned and took control of the kiss, first sucking on Christian’s tongue then using his to fuck his boy’s mouth. Christian’s body molded to his, cock stiff in his jeans, muscles tight.

Peter kind of loved that Christian didn’t submit easily. It made every time he did far more rewarding. Likely for both of them.

He finally let their mouths part and they continued on their way to the bedroom, his fingers twined with Christian’s. He didn’t have to pull. His boy wanted this, needed it, and wasn’t dragging behind at all.

“Clothes first. We’re doing this naked, skin on skin.” Peter tugged Christian’s T-shirt out of his jeans and dragged it slowly upward, fingers sliding along as much flesh as possible.