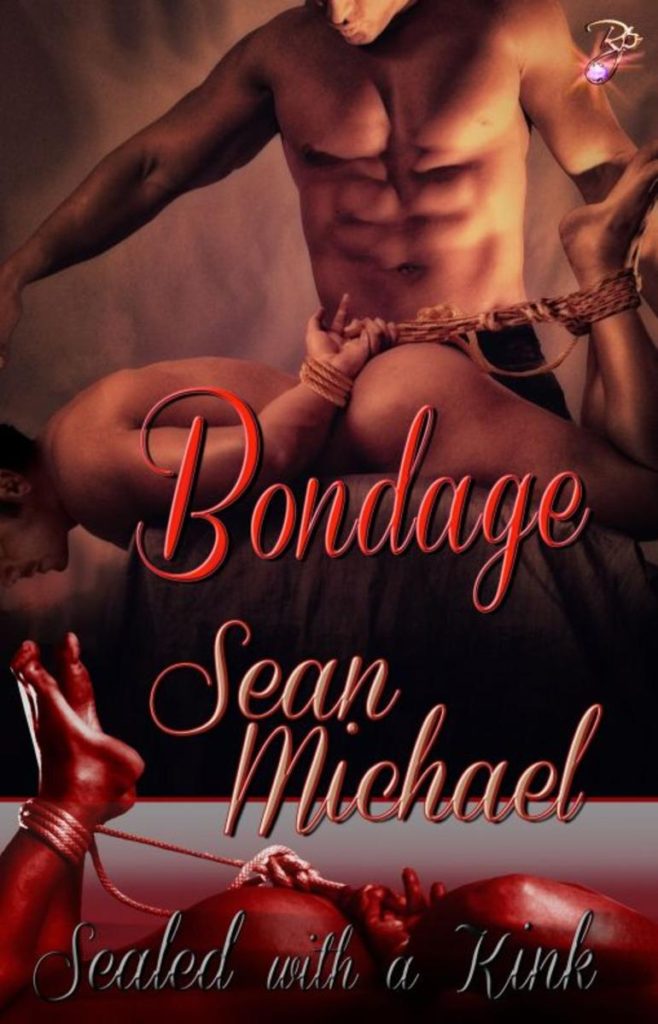 Part of the Sealed with a Kink series:

Gage and Davey are a Master and sub pair who love each other very much and are committed to each other and their lifestyle.

As a pediatric nurse, Davey sees a lot of pain and suffering and some days are harder than others. Gage can help Davey through those days, but he’s aware that one of his best tools isn’t at his disposal.

Gage knows the power of bondage, but a bad experience in his youth has left Davey terrified of the ropes and being left alone, bound and vulnerable.

Can Gage help Davey work through his fears and teach his boy to love the ropes?

He opens eagerly, his moan like a little song. I want to hear these kinds of sounds when I bind him. I want him to savor that as much as he’s savoring this meal. I don’t think it’ll be that easy, but I can hope. Besides, he needs to know that I am both patient and persistent, and that as long as this takes, even if we never get to a point where he’s comfortable with the bondage, I’m in it with him. Pushing. Caring. Loving.

We eat, my boy ending up in my lap, snuggling into me and not a morsel of food goes into him that hasn’t come from me.

I can feel him easing into his subspace, into his center and I take a mouthful of water and bring our lips together, slowly passing the water to him. Davey whimpers, the intimacy sending him deeper. I do the same thing with a second mouthful, wanting to make sure Davey has enough liquid.

Then I grab a raspberry and rub it against Davey’s lips, pressing hard enough to break some of the flesh and leave juice behind. He opens for me, and I lick him clean. Grabbing another berry, I pop it in his mouth, letting him have the full experience of the berry bursting between his teeth.

“Mmm.” His moan is deep and heartfelt.

I do love how he loves berries.

The next one I put between my lips and press against his, the raspberry exploding between us and leaving us both lapping each other clean. The sweet and tart and the flavor of him beneath it are intoxicating and make me moan.

He shifts to straddle me, making it easier to hold on, share kisses.

I let dessert go on, sharing a half dozen more berries with him and at least twice that many kisses. Davey’s relaxed, easy for me.

This is how I need him to be, to stay. But I have to tell him now—I won’t spring it on him.

His relaxation fades, a soft frown blooming on his face.

“It’s time, boy. You trust me and I know you’ll use your safeword if it becomes more than you can handle. And I imagine that this will take us more than one scene to do.” I’m not expecting overnight miracles. I’m willing to put the time in. I just want him to try, and to trust me.

“It’s more than not your thing – it’s a wall, a huge barrier. I’m going to help you overcome it.” I stroke his back, holding his gaze.

“Of course I do, but this scene is starting with the bondage. We’ll go as far as we can and then I’ll reward you for how far you get.”