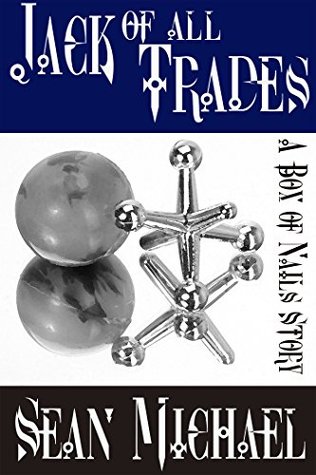 Part of the Box of Nails series:

Brad is crashing in his cousin Stephen's room while he tries to sort out his life. A perpetual student, he still hasn't settled on a major after a half dozen years at University. He loves learning, but so far that's the only thing that's been a good fit.

Dill is a full-time Dom who hasn't found the right sub yet. He's not worried about it -- he figures it'll eventually happen and in the meantime, there's plenty of boys at the Hammer Club who are eager to share a scene with an experienced master.

When Brad and Dill meet at a party at Barney and Devon's house for subs, the attraction is immediate and undeniable and Master Dill feels that Brad is the perfect sub for him. He also believes that as his submissive, Brad will learn the focus he needs to fulfill his potential and find satisfaction with his life. Now he just needs to help jack-of-all-trades Brad see they belong together.