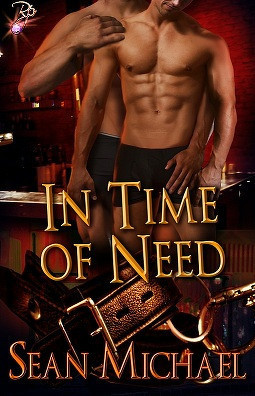 Chip McMullen has always wanted to know what it was like to really bottom, but has never voiced his desires to anyone until the evening he’s nursing a beer after a shot to his shoulder that was stopped by his vest. He runs into Dawson Sorenson at the bar and the two of them get to talking.

Chip knows Dawson is gay like him, out but not loud about it. Maybe that’s why he finds himself confessing a few of his desires to the man. Dawson suggests Chip check out the Bloody Rose if that’s the kind of thing Chip wants.

Can Chip admit just how far his needs go to himself and make the trek to the Bloody Rose?