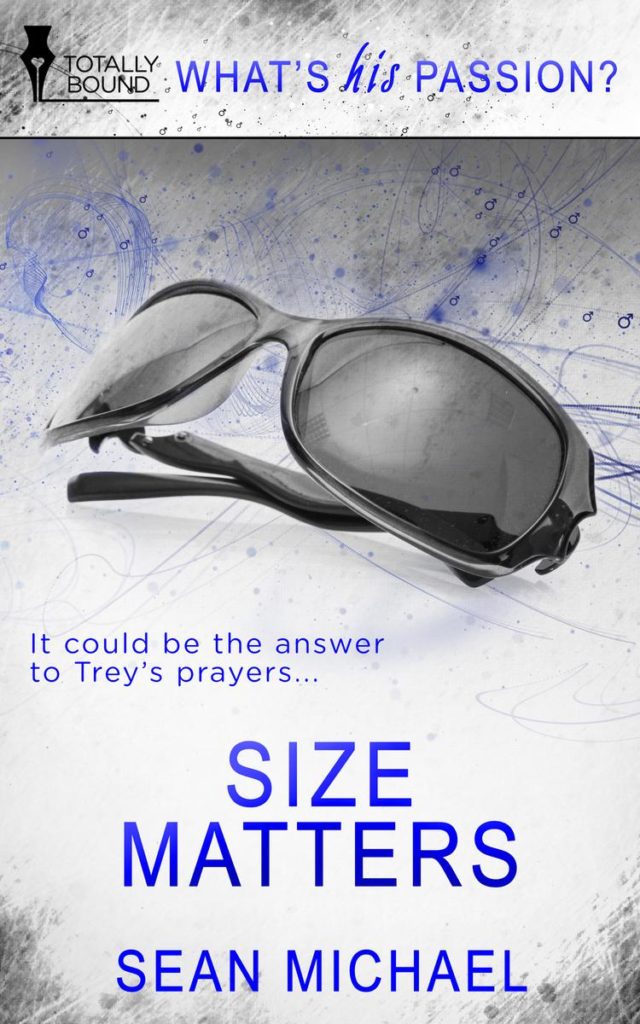 Trey is a natural submissive, but no one wants to take on a blind man. When Trey and Lucien hit it off, it could be the answer to Trey’s prayers.

Is Lucien exactly who Trey’s been waiting for, or is it too good to be true?

Trey took his guide dog Happy out, heading to the coffee shop at the corner. It was quiet there, especially late at night, and he knew Sarah and Anthony, the owners, would make sure he was taken care of. It was the one place he felt comfortable going on his own, thanks to them.

“You got it. We’ve got a piece of caramel crunch pie left, too.”

He sat, put one of his earbuds in, and checked his emails. There was one from the guy with the pretty voice, thanking him for signing. He answered with—

It had been his first book signing, and it had gone okay. The guy with the pretty voice had been good-looking if Allison’s fluttering about him afterward was anything to go by. She’d described him as tall, dark and perfect. His voice had been…liquid velvet was pretty fucking cheesy. Still, it was true.

Velvety soft and rich and…whoa. Okay. Okay. No springing wood. The guy had asked him out for coffee in that voice…

Nice to meet you too. I meant it, about the coffee.

I managed to get myself a cup.

You’re going to make me come right out and say it, aren’t you? I’m more interested in you than in coffee.

I don’t know you from Job.

Trey wanted to, though. The idea of it both thrilled and scared him. More thrilled, if he were being honest.

He chuckled at that.

I guess so. I have to be careful, you know?

I get that, I do. But if we could do coffee at the place of your choice. What can I do in a public place?

Yeah. I have a good place here. Safe. Folks know me.

There you go. Invite me over.

I’ll be there in twenty.

Twenty. That gave Trey time to go home, to bail. He really didn’t want to. He should, though, right?