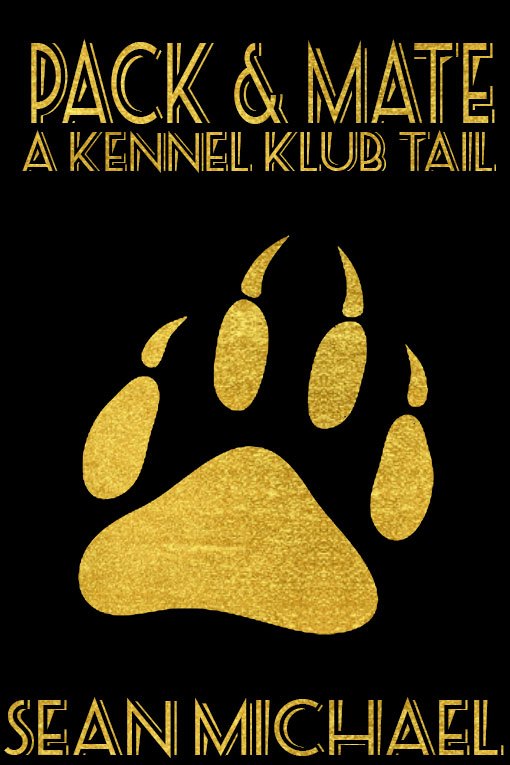 New to the city, Finn never dreamed he’d have a mate of his own, especially not one found at the Kennel Klub, where spankings are optional.

Sweet beta werewolf Finn is at a party for his cousin’s collaring when he first meets Cort. It’s just too bad Finn has to leave with his twin brother and packmates before the two can really connect.

Cort, Alpha male all the way, is immediately drawn to Finn and knows the sweet pup is his mate and he’s ready to do whatever it takes to find Finn again. Once he does, is he going to be able to convince Finn that they belong together? Or will Finn’s family commitments keep them apart?

Finn got off the bus with his packmates Nathan, Louis, Little Red and Cillian, eyes searching for his twin as he herded everyone into a group. Pat had gone ahead of them, leaving their heavily forested home to find a job and a place to live then had sent word that it was safe for the rest of them to come to the city.

Thank God, because Dorian, their Alpha, was making it more and more clear every day that they weren’t welcome in the pack any longer. Too many bachelor males were a threat to pack stability, especially Pat who wasn’t a beta wolf like him and his pack brothers. Hell, Little Red and Cillian were omega wolves and therefore just extra mouths to feed. According to Dorian, they had nothing to contribute at all. Scary as leaving home seemed, Finn was more concerned about Dorian and the worsening circumstances at home. Well, at what used to be their home.

So here they were, in the city. The big city. They’d chosen this one because they had a cousin here. Jim had said there were places that were good, safe. That they would find a home here. Still, it was nothing like the forests where they’d run together, them and the other pups living and playing together. It felt like they hadn’t had a care in the world and now they were on their own this strange place. It made him feel very little and insignificant.

The others pressed close to him and Finn supressed his shiver. He needed Pat, they all did. His twin would be the Alpha of their new little city pack. Everything here was so close, buildings on top of buildings, the high rises making the sky seem so far way, and there were so many people. He’d seen the buildings as they’d come into the city, his eyes as big as Little Red’s as they went by things they’d only ever just heard of—high rises and houses placed one right next to the other. Grass inside gates and tiny beds of flowers. So few trees—and their numbers had dwindled the further into the city they got.

For one sheer panic-inducing moment, he was sure he couldn’t do this. He couldn’t live here, he couldn’t be Pat’s second in command. It was too much for a young beta wolf and he was totally unprepared for it.

Then he heard his name and there was Pat, rushing over to greet them with hugs and smiles and oh thank God. It was going to be all right. Finn got his hug last, his arms wrapping tightly around Pat, his twin holding on just as hard.

They’d made it through the worst part—leaving the pack and coming to the city. Now all Finn and the others had to do was survive it.