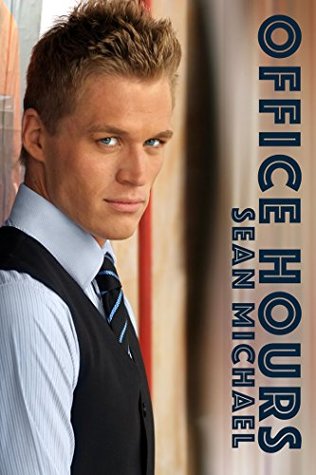 Thad Wells has had enough of lovers. He’s focused on his career -- hell, that’s hard enough, being the young professor fighting for his spot -- so when he, literally, runs into Jay on the green, he finds himself saying, no. No, he’s not interested.

Jay Banner, on the other hand, knows exactly what he wants and knows how to get it. He knows someone’s hurt Thad, and not in the fun, spanky way he does, when he wears his leathers, and he’s determined to get to know the young professor.

Things heat up between them, but they both have secrets, and no amount of book learning can educate two men who might have outsmarted themselves.

Previously released through a different publisher. Also currently available in the At the Office anthology

“Professor Wells? I need to speak with you about my paper.”

He kept walking, heading for his appointment with a cold beer, a Valium, and bed. He fucking hated the beginning of a semester, when everyone still believed they could break the rules. Especially these days. Christ. “My office hours are Tuesday and Thursday, one to two-thirty.”

He shrugged. Not his problem. “Talk to the TA, then. He’ll help you out.”

The kid sighed, the sound frustrated. “I need your opinion.”

He graced the kid with a look. “Obviously I gave it to you. You have a grade.”

The look back was his mistake; he walked right into someone tall and solid enough that he went sprawling back on his ass, butt skidding on the crunchiness of the autumn grass.

“Shit! Are you okay?” A good-looking, clean-cut face leaned over him, green eyes concerned.

He blinked for a second, then hauled himself, his bag, and his pride up. “Of course. Excuse me.”

At least that scared off the questioner.

“Sorry about that, man. I should have been paying more attention to where I was going.” The guy grabbed a phone and a pile of books up before batting at him. “God, you’re covered in grass.”

He got a warm grin. The smile made the man even more good-looking, crinkles appearing at either side of the pretty eyes. The guy was a little older than most students, now that he’d gotten a better look.

“Was on my way to the pub, actually, looking for a beer to celebrate the beginning of the weekend.”

“Have a good time, son.” He nodded once, refusing to pay attention. He didn’t need any bigger of a target painted on his ass, thank you very much. No noticing pretty students. No way, no how. Not with the scandal just really dying down.

“Whoa! Hold on just a second there. Son?” The guy laughed. “No fucking way are you old enough to be calling me son. Unless you’ve got one of those pictures in your attic. Or was that a heart under the floorboards? I can never remember which.”

“The Picture of Dorian Gray, and not the last time I checked, which, honestly, hasn’t been that long.” He’d been up there setting mouse traps just this summer.

“You’ve actually got an attic? Too cool.”

“I do. Stores the Christmas tree, the dead bodies.” Was he actually standing and talking to this man? Seriously?

Those green eyes stared at him for a moment, definitely nonplussed, then the corner of the guy’s mouth twitched and those eyes just twinkled. The twitch turned into a laugh and the sound settled right in his belly. “Oh, damn, that was a good one.”

Thad winked, telling himself, very firmly that he was not flirting with Mr. Pretty. Not. Not not not. “Thanks.”

“Hey, you want to go to the Corner Pub with me?”

He blinked. “You don’t know who I am, do you? I guarantee you, I’m bad for your career, but thanks.”

“Well, no, but that’s what having a drink together is about, right? Getting to know each other. I assume you’re a prof.” Those lips twisted into a half-smile, this one self-deprecating. “Or are you one of those profs who won’t socialize with TAs?”

“I’m one of those assholes your professor tells you about. Dr. Wells?”

God knew he had a reputation for being a bastard, and it worked for him. He needed that distance. It was hard enough, being the youngest professor in a world without tenure. Being the youngest professor with a damned good grant that he’d gotten for breaking the rules and thinking outside the box was deadly. Add that to one hell of a vicious ex, a tenured professor who assured his shit didn’t stink by spraying the new guys with accusations, and a public embarrassment involving said ex and professor in the same room and, well, he just wasn’t good company.

The guy looked at him blankly for a moment and then went a little pink. “I’m sorry. I don’t recognize the name. I’m in science, though, and we can have blinders on sometimes.” He held out his hand. “I’m Jay Banner. It’s nice to meet you, Dr. Wells.”

“Good evening, Jay.” That was actually refreshing, to be anonymous. “I’m Thad, then.”

“So, Thad, come and have a draught with me. It’s Friday.”

“One, sure.” Just one. One beer and a couple of laughs with the most interesting guy he’d met in…

“Wells, are you trolling the students?” Vikki Cowan sneered at him over her glasses. “Honestly. Can’t you find a sugar daddy or something?”

He looked over at Vikki, lips curling. “Well, Cruella. Did you come out looking for puppies to smother for your winter wardrobe?”

“Wow. What department is it you guys belong to? Because I want to make sure I don’t transfer.” Jay put a hand on his arm and turned him around, moving them in the opposite direction Vicki was headed.

“Oh, no worries there. Nothing against you English guys—I love a good book, I even love a good discussion, but I wouldn’t want to do it full-time, you know?” Jay’s hand stayed right where it was, guiding him through the throngs of students.

“What do you teach?” Jay’s hand was warm, solid. Firm.

No. No thinking those sorts of thoughts.

“They do it on purpose, I’m sure.” They left the campus, Jay still guiding him as they turned right, the Corner Pub just across the street.

“I’ll have to think about that.” He had two TAs—Jack and Susan. Jack was going on three years with him; Susan was new, but he thought they both were clever enough and Jack hardly ever freaked out on him anymore. He thought the man might actually even write a thesis. Some day.

Jay opened the door to the pub for him, then that hand was right there again, leading him to a little table by the window.

“Thank you.” How…oddly charming the man was.