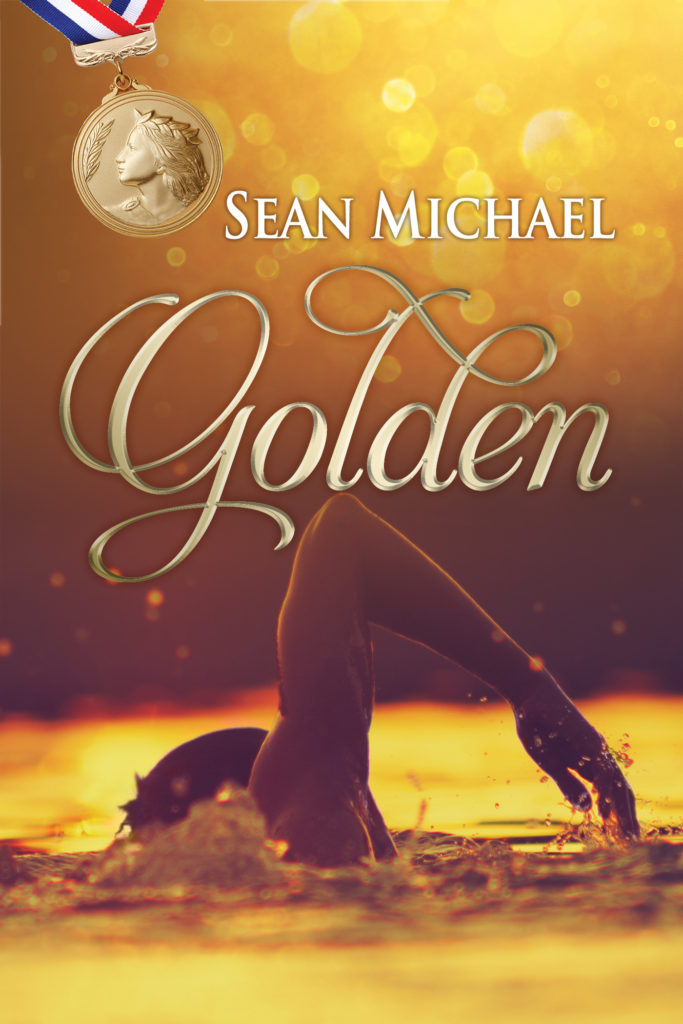 After winning Olympic gold four years ago, Justin retired from swimming, and he’s been floundering ever since. The Fourth of July finds him contemplating doing something stupid, so Justin calls up his former coach, Chris Jarvis. To his surprise, Coach answers.

When Justin retired, Chris cut all ties with the swimmer he’d fallen in love with. He never wanted Justin to love him just because it was easy. But he’s been waiting for Justin to reach out, and he’ll gladly take Justin back into his life.

When he finds out Justin is drowning in a pool of self-doubt and the belief that his happy years are behind him, Chris realizes he made a mistake letting go so suddenly, and that Justin needs structure and a firm, dominant hand to keep him on the right track. It’s time to remedy that error—as long as he can convince Justin that it’s really love.

JUSTIN SAT on the edge of his balcony, feet swinging, a half-drunk bottle of bourbon in one hand, his gold medal in the other. He could see the swimming pool two stories down, and he wondered, not for the first time, if he would hit the water if he jumped.

A party was going on behind him, people dancing and laughing, celebrating the Fourth of July. Fireworks blossomed in the night sky, blue and red and green and white and….

“Just? Honey? You okay?” A girl whose name he didn’t remember came out, smiling at him.

He let the medal swing, the gold catching the light from the tiny explosions. It took a minute, but the girl disappeared back into the apartment. He was so tired of lying. So tired of fucking everything.

He tugged his phone out of his pocket, opened it, and hit 1 on speed dial. Please, Coach. Just answer the phone. I know you don’t have to, but please….

His eyes closed at the familiar voice, and suddenly he couldn’t speak.

“Hello?” He could picture Coach frowning as he said it, moving to check the call display—which Coach never did when he first answered. “Just, that you?”

“Hey, Justin.” Was it his imagination, or did Coach’s voice get warmer? “How’s it going?”

“It’s….” He contemplated the pool again. He could probably make it. “It’s going. Happy July.”

“Yeah. Yeah, it does.” Everything did. Everything. “I didn’t mean to bother you.”

“If it was a bother, I wouldn’t have answered the phone.”

“Yeah.” Coach hadn’t answered the phone for the better part of a year, really, telling Justin it was time to move on. Justin had retired with four gold medals, two silvers, and a bronze, and after two Olympic Games, hundreds of competitions, thousands of races, and five shoulder surgeries, he was done.

No more sponsors. No more early-morning practices. No more someone worrying about him. It was just this apartment and a job designing websites for a shoe company.

“You watching the fireworks?” At least Coach wasn’t in a hurry to get him off the phone.

“On the TV, over the Capitol.” He could almost hear Coach’s self-deprecating smile. “I was thinking of heading out for a midnight snack.”

“Like you hated our midnight snack attacks. The Denny’s on Maple is open all night.”

“I’ll swing by and get you. Those pancakes are calling my name.”

“See you in ten.” Coach cut the line.

Justin slipped off the balcony ledge and walked through the crowd in his apartment without a word. His roommate would deal. He was all the way downstairs and waiting before he thought to wonder how Coach knew where he lived.