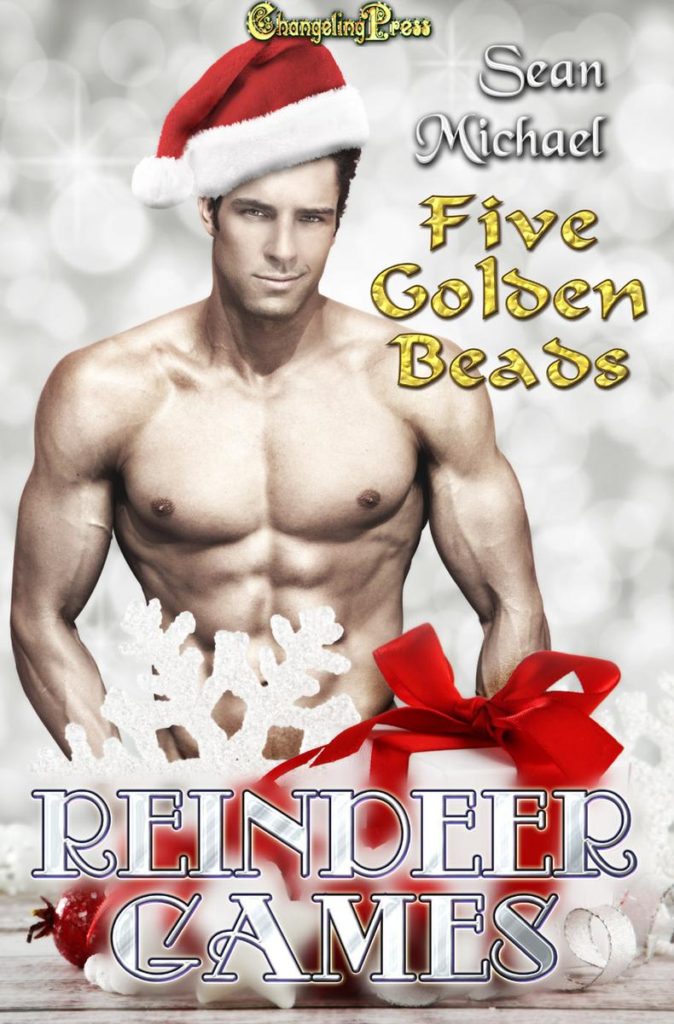 Once a year, from Christmas Eve to New Year's Eve, Shay gets a visit from Harper, one of Santa's Elves. Their magical time together may only last a week, but Shay anticipates it the entire year and throws himself wholeheartedly into the kink-filled week. The only way their time could be better would be if Harper could stay longer.

When November rolls around again and the kinky gifts start arriving, Shay can only hope he's been a good enough boy this year to be granted more time with the Elf he loves. Will Santa be able to deliver this year?

The presents started arriving in late November. The first was a tattoo magazine. Then two captive bead rings. Three butt plugs. Four cuffs. By then, Shay'd gotten the idea. His own personal kinky Santa was coming to town.

This would be year number six that Harper appeared on Christmas Eve, filling Shay's life with love and sex and everything magical until midnight on New Year's Eve when he disappeared like a wisp of smoke. Shay had to admit, he waited all year long for Christmas.

The nine cock rings ranged from simple black leather to intricate and beautiful steel, but the ten nipple clamps made him shudder. He had very sensitive nipples. The eleven urethral sounds made him jack off like crazy, but the twelve bottles of lube? That was a promise.

Shay cleaned the place from top to bottom in the days before Christmas, turned the ringer on his phone off and lined the gifts up on the dresser. He had all the food they could want in the fridge and cupboards, wine, beer and some whiskey in the wet bar. All he needed now was his true gift.

Shay sat on the edge of the bed, eyes on the Christmas lights outside. They twinkled madly, shining off the glass.

Shay wasn't sure what Harper was, who held Harper's reins, but he knew that, from the first time, he was snared.

The clock hit midnight and suddenly the room felt heavier. He turned to look to his left and there was Harper, sitting right next to him. The same long, rangy body. The same stunning face with twinkling blue eyes and dark hair that curled around Harper's ears. Harper's lips were dark red, his smile right there for Shay.

"So you got my gifts." Harper grinned, looking sassy as fuck.

Before Shay could answer, Harper ducked his head, bringing their mouths together. Peppermint. Harper tasted like peppermint. The kiss started slowly, an almost tentative hello, but it quickly grew in strength and surety. Humming, Harper opened his lips, tongue slipping into Shay's mouth.

Shay climbed over into his lover's lap, groaning deep in his chest as they pressed together for the first time in a year. He would have started out naked, but he didn't want to seem too easy so he always made sure he was clothed as he waited for Harper to turn up.

Thank God Harper was on the same getting-naked-as-soon-as-possible page as he was. Sure fingers undid his shirt, each button popping open slow as molasses. They never had to speak much. It was like they had to distill an entire lifetime into a week, so they just got down to it.

It took forever for Harper to finish unbuttoning his shirt, his lips on Shay's all the while. Harper's kisses were like magic. Shay swore they slowed time down, made their week longer, fuller, better.

He spread his fingers over Harper's smooth, warm skin, his palms burning. Harper moaned for him, the sound like music, telling him he was special, that his touch was appreciated. "I've been waiting all year to do this."