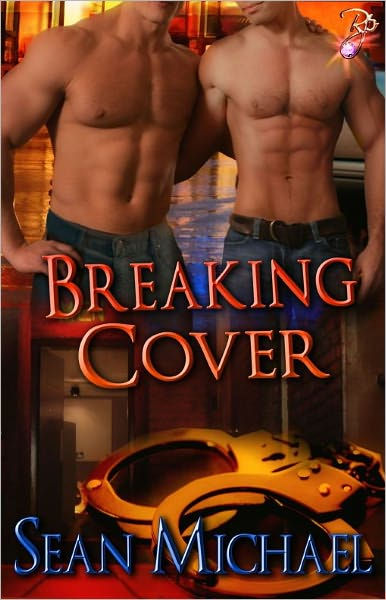 Griffin's having his own problems in the aftermath of the job, and he shows up on Brian's doorstep, hoping one last night together will allow him to put it all behind him.

Will reconnecting as themselves help them let go, or will they find everything they need in each other?

Brian let himself into his bungalow and put his gun and badge in the lockbox in the hall closet. He grabbed a beer out of the fridge and took a long swig before stretching and heading for the couch and the remote.

God, it had been a long day.

He couldn’t seem to be able to get back into the groove since the undercover job at Twisted Leather. Twisted Leather. Jesus. What a stupid fucking name. The place had been…fucking insane. Fucking crazy.

Leather and whips and more fucking sex than was probably healthy.

Of course, it was the drug trade in the back they’d really been after, and they’d shut that shit right down.

It had been the longest six months of his fucking life. Six months of living deep undercover, living in leather and…

Fuck, he had to stop obsessing about it. He wasn’t Nick anymore, damn it.

Brian found some inane comedy on the TV and grabbed the phone. He’d order a pizza, drink a few beers and be fucking normal. He hit two on the speed dial—one was the precinct—and grinned as Gary’s voice came over the phone.

“Let’s go with both. You got those cream-filled cannoli, too?”

“I do. You glad to be back from your training?” Gary had asked every time Brian had called since he’d come home.

Training. It hadn’t been training… “Yeah, yeah. Back to dead bodies. It’s a real treat.” He might be making light of it, but the truth was that he loved his job.

“Thanks, Gary. I appreciate it.”

He hung up and started flicking through the channels on TV. Trash, trash, cop show, news, more trash. God. None of this was going to distract him.

The knock came just about the time he was going to throw his remote through the TV screen.

“Perfect timing, man,” he said as he threw open the door.

“Hey, Brian.” Sam. It was fucking Sam. Standing there. No. No, wait. His real name was Griff. Fuck.

Brian just stared, like an idiot, for about ninety seconds.

He finally managed to open his mouth and make something come out. “Griffin.”

God, the man looked amazing—whip-lean, sharp, a little strung-out, even though Brian knew he wasn’t.

His cock started to fill and he cleared his throat. “Hey. You wanna come in?”

He stepped back, letting Griff in.

The man was in a pair of tissue-thin jeans, and a black t-shirt that clung to every little ripple, showed a hint of the pierced nipples. Brian had done that. Him. Fuck. The man’s hair was regulation—short-short for SWAT, exposing the sharp cheekbones, the bright green eyes.

As the man walked past him, Brian checked out that fucking fine ass. God-damn. Was it any wonder he was having trouble forgetting this?

“You want a beer or something?”

Brian snorted, but he went to the kitchen to get a couple cans. When he got back, Griff was perched on the arm of the chair, lips twisted.

Jesus, Brian wanted to bend the man over and fuck him into the chair.

“You back on regular duty, Detective?” Griff took the beer, popped the top.

“So you’ve been busy. Back in the deep end, yeah?” He took a swig of his beer, watching every move Griff made.

“Yeah. You know how it is for us. Lots of training, then a mission.”

Mission, not a case. Those SWAT boys were insane. Brian licked his lips. Utterly insane. That didn’t stop his cock from starting to press against its zipper. “So…”

“Yeah.” Griff shot the beer back, throat working. When those eyes met Brian’s, they were fucking burning. “I came to see if you… I mean, shit, man. How did you give it up?”

“How did I give it up?” Shit, he’d been jacking off to the memories ever since.

“Yeah. I can’t…” Griff’s cheeks were bright, bright red. “I can’t fucking get it up, man. I even hired a pro. Nothing’s fucking working.” The beer can was crushed in one hand. “How did you give it up?”

He choked on his own Miller Lite. “You hired a pro?”

“Yeah. It’s been three fucking months since I got off. My balls hurt.”

Brian considered that for a long moment, considered his own fantasy material over the last six months.

Then he nodded and cleared his throat again. “Down on your knees, boy.”