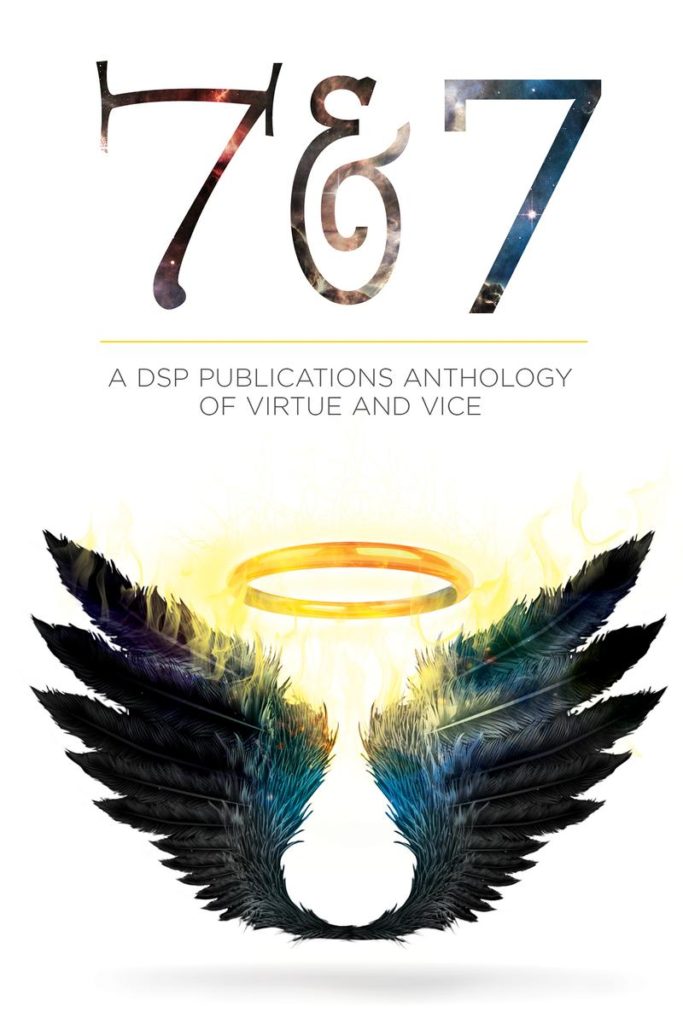 Humankind possesses a dual nature, the ability to rise to the brightest heights—or sink to the darkest and most perverse depths.

What inspires some to reach the pinnacles of virtue while others cannot resist the temptations of vice? Is it something innate, or a result of destiny and circumstance?

Delve into the minds and spirits of saints and sinners alike with a collection of stories that explore the call toward good or evil—and the consequences of answering it. For while rewards certainly await the righteous, there are also pleasures to be found in the darkness. Venture off the expected path with some of the most innovative voices in LGBT speculative fiction as they present their unique takes on the classic vices and virtues.

Prudence for Fools by Sean Michael

Seer Del of the Red has been banished from Cloud City by the child king for warning of a disaster that never materialized. Along with his husband, Brawn, and his apprentice, Wu, they leave the city and make the long, arduous journey to the Ugul, Brawn's people.

Though they are welcomed there and Brawn is most happy to be home again, Del cannot shake the feeling that his predictions for Cloud City will come true. When his visions sharpen and become specific, he knows he must make another attempt to warn the city and its ungrateful king, even if doing so will spell the end of his days.