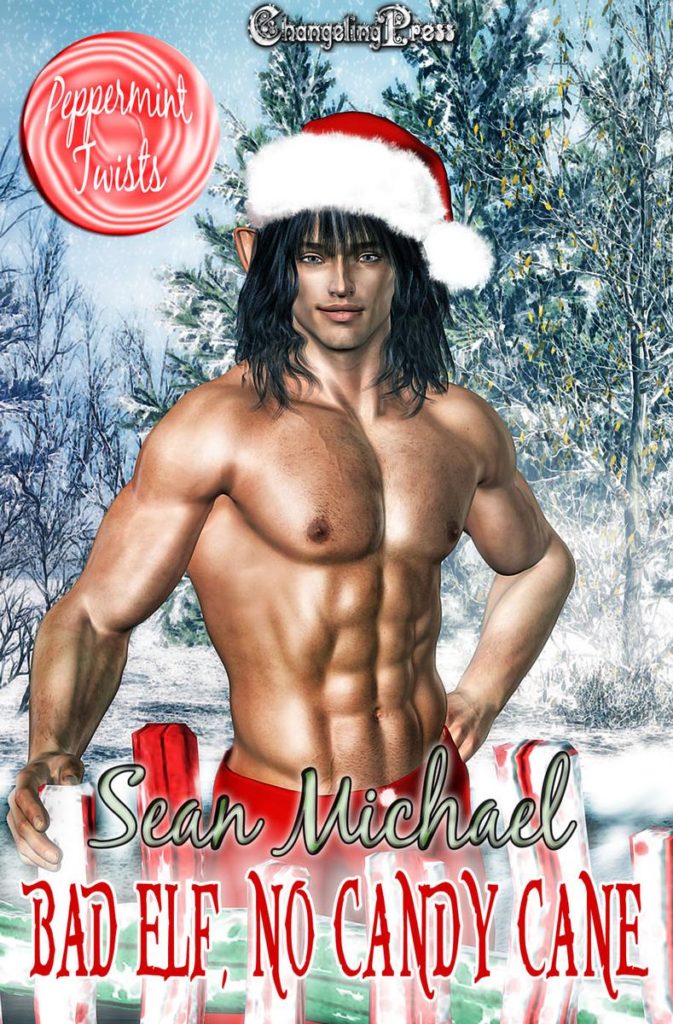 Part of the Peppermint series:

When candy maker Syllabub runs away from the North Pole, Claus sends his best enforcer after the wayward elf.

Power is good at his job, but when he finds Syllabub in the sweltering heat of Ottawa in July, the last thing he wants to do is return to the North Pole.

Is there something between them? Or has the heat gone to Power's head? Only time will tell.

Power got off the plane at McDonald Cartier International, walking down the damn halls with the rest of the sheep, moving in the direction they were being herded. Once he was down the escalator, he found the exit and looked for the cabstand -- every airport had one. Sure enough, there it was to the left, and he joined the line of people waiting.

He was not a happy Elf.

It was July, for fuck's sake. Which meant it was damn hot in Ottawa. He should have been back home, sitting on his front porch with his heavy-duty sunglasses on, watching the sunlight dance over the snow. You could get away with a hoodie in the summer while the sun shone back home. Not here. Most of civilization was far enough south that they were legitimately hot during the summer, and Ottawa was proving to be no exception.

Power supposed it could have been worse -- his target could have gone even farther south, like down into the

States or even South America. Hell, if the target had been really serious, he would have headed for the Sahara.

Of course maybe then the Big Guy would have flown Power in the private jet instead of making him go commercial. Then again, maybe not. Claus was a total penny pincher and a slave driver to boot. Power couldn't really blame the Elves who tried to slip their bonds of servitude, but that didn't stop him from dragging them back to the toy factory when they tried to run. It wasn't like there was an Elf Union to take complaints to, now, was there?

The line at the cabstand was moving quickly, and it didn't take long before he was climbing into the back of a cab and telling the driver to take him downtown. In his experience, the middle of things was always the best place to start.

As soon as they were on their way, Power pulled out his tablet and called up his target's file.

Christmas bless. No wonder he'd run, with a name like that.

Power looked through the rest of the file, trying to figure out where Syllabub would be. He always started downtown on these missions because what Elf left the North Pole toy factory and went to suburbia? None of them, in his experience.

It didn't take very long to get to the downtown core, the driver stopping in front of the Parliament Buildings. Power handed over a couple twenties, grabbed a receipt and shouldered his backpack.

Stepping out of the way of foot traffic, he closed his eyes and opened his senses, looking for that glimmer that could only be one of his kind. Syllabub was a candy maker so he needed to find a bakery or a candy shop. No matter how much you tried, you were who you were. There was no denying it.

Power was an enforcer. Syllabub was a candy maker. Ice and Lolly made dolls. It was a fact of life.

The scents of sugar and dough filtered their way into Power's nose. There, to the left, across the canal. It was as good a place to start as any, and he headed off in that direction. A store would have air conditioning, right? Because he didn't like this heat for a second. He wasn't sure running away was worth this heat.

As he went he could feel a sparkle, a sizzle of magic. Oh ho, someone had found himself a home. Syllabub was putting down roots, and it was beginning to show.